LOCATION: Found in forests in Te Mata Park and throughout mainland New Zealand and offshore islands.

BEHAVIOUR: Often heard in the forest at dusk and throughout the night, the morepork (Ninox novaeseelandiae) is known for its haunting, melancholic call. Its Māori name, ruru, reflects this call.

Morepork are nocturnal, hunting at night for large invertebrates including beetles, weta, moths and spiders. They will also take small birds, rats and mice.

They fly silently as they have soft fringes on the edge of the wing feathers. They catch prey using large sharp talons or beak.

By day they roost in the cavities of trees or in thick vegetation. If they are visible during the day they can get mobbed by other birds and are forced to move. (DOC) 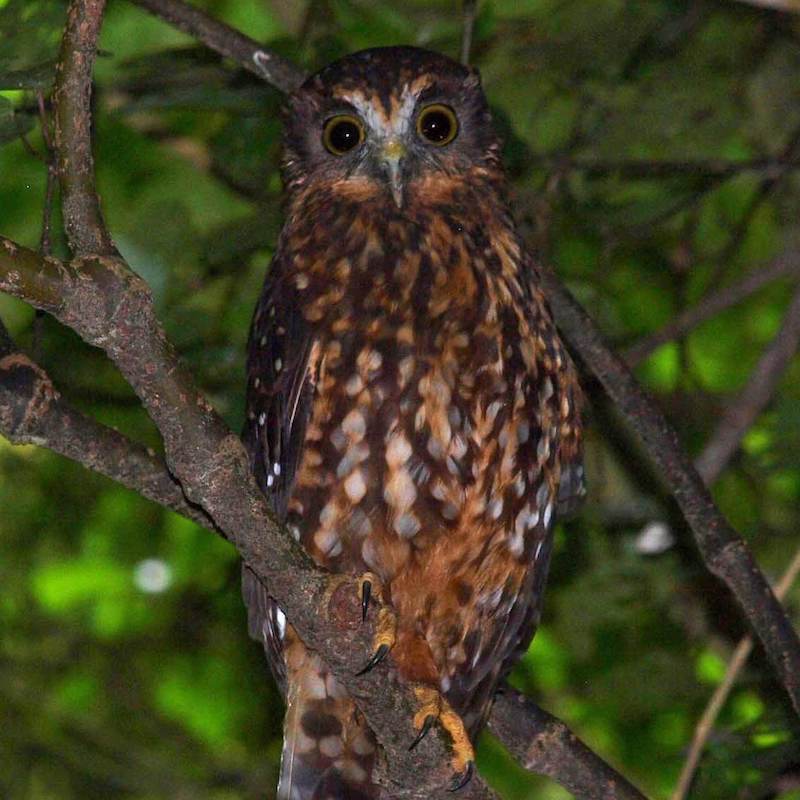