Kaitiakitanga is the duty to look after the land as guardians of it, pursuing sustainability and looking after the tōanga (precious gift) that has been entrusted to us. As volunteers and donors, you can become kaitiaki of this land, taking care of it for those still to come.

We are always seeking volunteers to help with a wide range of projects, events and activities in the Park.  If you are interested in joining us, there are many ways you can get involved. Sign up for our Volunteer Crew newsletter to receive regular communications about how to help out.

The Friends of Te Mata Park also meet one Saturday a month to focus on weed control, planting and regeneration projects. We are looking to grow this small volunteer group as well.

One-off large-scale ‘all in’ efforts like Clean The Peak occur every few years. For example, in November 2010 a massive clean-up involved abseilers, helicopters, dump trucks and hundreds of volunteers, along with the support of many local businesses and organisations. Much of the rubbish had been thrown off the Peak from the summit and included in the haul was a trailer, 20 wheelie bins, washing machines, microwaves, shopping trolleys, road cones, 44 gallon drums, computers, bikes, a headstone, road signs, over 1,000 road and car tyres, and last, but not least, a ‘Do Not Litter’ sign!

How you can help

To stay in touch with volunteer events, activities and opportunities to help out, sign up for our volunteer newsletter: 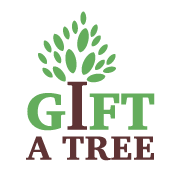 You can also make a huge difference with a donation to fund trees.

In 2020, nearly 12 hectares of old pine plantations were removed from Te Mata Park and the process of returning large sections of the Park to native bush began.

With ambitious plans to plant nearly 60,000 native plants from 2020 to 2023, the Park Trust has a vision of improving biodiversity and creating a beautiful habitat for native birdlife as well as a wonderful destination for park users in the years to come.

In a comprehensive report that was created for the Park in 2006, ecologist Geoff Walls established that the ”pine plantations have outgrown their usefulness and are becoming dangerous to people…(and that they should be) felled and replaced with native vegetation.”

Mayor Sandra Hazlehurst added support and encouragement to the project as well. She affirmed that “while there will be some short term disruptions for park users, it is an amazing legacy project for our community, for our whanau, for the long-term, and for our future generations to enjoy.”

Te Mata Park Trust Board welcomes individuals and groups to make contact if they wish to join our volunteer working bees for planting and maintenance around the planting areas. Contact eleanor@tematapark.co.nz with your interest.

Donations are being accepted in order to fund the planting of native trees and revegetate these sections of the park.

Led by Mike Lusk, the Friends of Te Mata Park is a group of dedicated volunteers formed 10 years ago to focus on planting and weed control within the Park. The group of around 20 volunteers meets every second Saturday of each month to work on projects and maintenance across the Park.

Mike, a retired GP-turned conservationist, is an enthusiastic and adventurous tramper and an expert on wild orchids, collecting samples for researchers across New Zealand. Mike, who says he was “the sort of kid that collected shells and berries and read books about birds”, also collects weta and alpine grasshoppers for Massey University, where they are used to study evolutionary processes. Mike greatly enjoys his long association with the Park – the Lusk family home is just down the road from the Te Mata Park gates, which gave their children a 99ha backyard to roam in as they grew up. Now Mike is giving back to the Park as the leader of the Friends of Te Mata Park.

Mike and The Friends have worked in many areas of the Park with planting and regeneration projects. Te Mata Park is home to many significant native plants, some of them threatened species. The native daphne (pimelea mimosa) which is listed as nationally threatened, grows in the Park, the only place in New Zealand where it grows in the wild and there is a total population of less than 100 plants. To ensure its survival and that of numerous other species, Mike and The Friends have a program of ongoing supplementary planting with eco-sourced seed, i.e. seed collected only from the Peak to ensure the integrity of each species. Weed and predator control are two other key areas of focus for the group. Top of the ‘weed enemy’ list are pink ragwort, cotoneaster, Old Man’s Beard, Mexican daisies, wilding pines, valerian, and robinia. Predator control has been part of the Park’s management for 10 years, initially aimed at possums, but more recently feral cats, mustelids (ferrets, stoats and weasels), hedgehogs and rats.

When the Friends muster once a month they pull or dig out weeds, plant native species, pick up rubbish and tend the tracks. Mike organises each day’s tasks according to the seasons and whatever is most pressing. It takes careful thought, because everything has a consequence: getting rid of feral cats allows the rat population to flourish; clearing long grass allows thistles to flourish; allowing rabbits to flourish means trouble for young trees.

In protecting, preserving and enhancing the natural environment of Te Mata Park, Mike and his team provide an invaluable service to the Park and to the broader community.

If you would like to volunteer with the Friends of Te Mata Park, please get in touch.

The purpose of this covenant is to promote the provision, protection and enhancement of open space, for the benefit and enjoyment of all people in New Zealand.

The broad objectives for the management of Te Mata Park, as defined in the QEII covenant, are:

Te Mata Park Trust acknowledges the support of QEII National Trust in helping to protect this special area for future generations to enjoy.

Te Mata Park Trust acknowledges the support of QEII National Trust in helping to protect this special area for future generations to enjoy.

QEII National Trust is an independent charitable trust that partners with landowners to protect natural and cultural heritage sites on privately owned land. They help them legally and permanently protect these special places with open space covenants. Landowners continue to own and manage the protected land and the covenant ensures the land is protected for its values forever. QEII National Trust manages the legal and surveying process required to establish covenants, supports covenantors with the set-up cost of fencing and operates as a perpetual trustee in the covenant partnership, making sure the covenant agreement is respected by all owners for all time. It works closely with central and local government agencies as well as many other organisations, trusts, community groups and individuals committed to protecting and enhancing New Zealand’s natural heritage.

Since its establishment in 1977, the QEII National Trust has registered on average two covenants a week and celebrated its 4000th covenant registration in 2015.

QEII National Trust is an important partner with management of Te Mata Park, ensuring the preservation of the aesthetic, cultural, recreational, scenic, scientific and social values of the landscape. Any significant changes to the landscape, including new trails or establishing new features, must always be in consultation with QEII National Trust. Hence, all trackwork must be sanctioned and approved by the Trust Board.

As kaitiaki , or guardians, of the Park, we are committed to protecting Te Mata Peak’s iconic landscape, to ensure it is enjoyed by future generations, for many years to come.

Te Mata Park and Enviroschools Hawke’s Bay (facilitated through the Hawke’s Bay Regional Council) partnered in June 2020 work collaboratively and deliver complimentary educational resources for the Hawke’s Bay community. By working together to develop and support new environmental educational opportunities, we can utilise the strengths of each organisation to provide an integrated experience for recipients, and to increase the reach of each organisation across the region.

We’re currently adapting activities from the Enviroschools curriculum to enhance the experience of students in the park, including conservation education, Māori perspectives and culture specific to the peak, history, geology, flora and fauna endemic to the area, Rongoā, and more. These activities will appear on our website as they are developed, supporting teachers by providing resources that can provide place-based education to their students relevant to their own community.

Enviroschools is a nationwide programme supported by Toimata Foundation, founding partner Te Mauri Tau, and a large network of regional partners. Early childhood centres and schools commit to a long-term sustainability journey, where tamariki/students connect with and explore the environment, then plan, design and take action in their local places in collaboration with their communities. With 65 Enviroschools in Hawke’s Bay, we are fortunate to engage with this incredible organisation.