DESCRIPTION: Grows larger than mānuka to which it is not as closely related as you might think. Has one burst of flowering each year while mānuka will produce flowers over a much longer period. Kānuka acts as a nursery crop for other trees such as podocarps and being light demanding, it is eventually replaced by these species.

CULTURE: Kānuka’s long, straight trunks were used for palisades. It was also the most favoured wood for the making of agricultural implements – mainly different types of digging sticks called ‘ko’. Another important use was for weapons such as taiaha, tewhatewha and koikoi (a double pointed spear).

RONGOĀ: Medicinally the leaves can be used to make a ”tea” which, when strong, can cause vomiting, and when weak it can be a replacement for conventional tea. The shoots and capsules when chewed will relieve dysentery while the inner bark can be boiled and used as a mouthwash and to treat mouth and eye troubles.(Tane’s Trees) 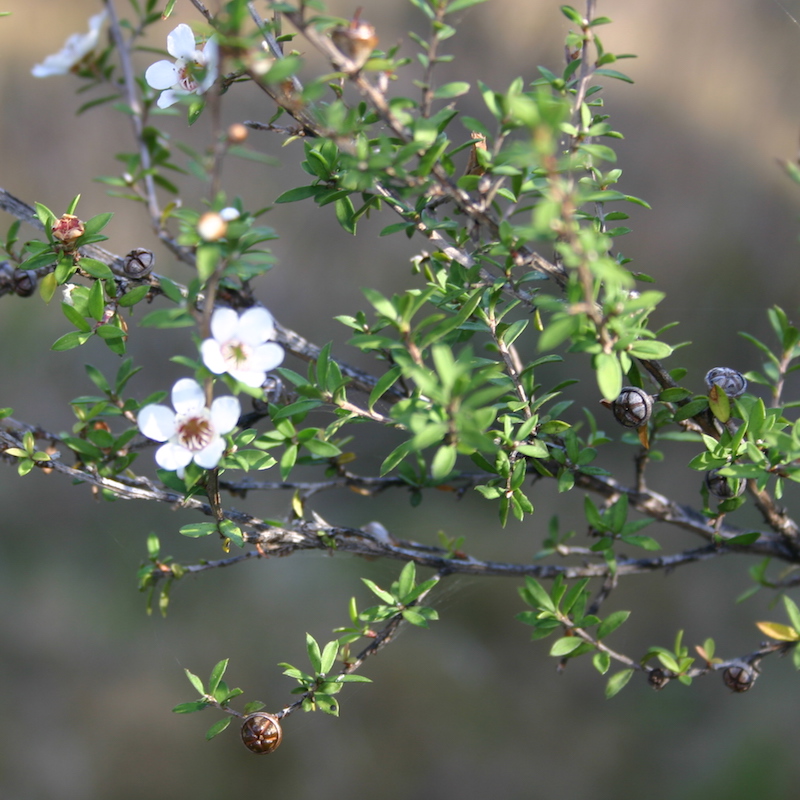 What’s the difference between mānuka and kānuka? 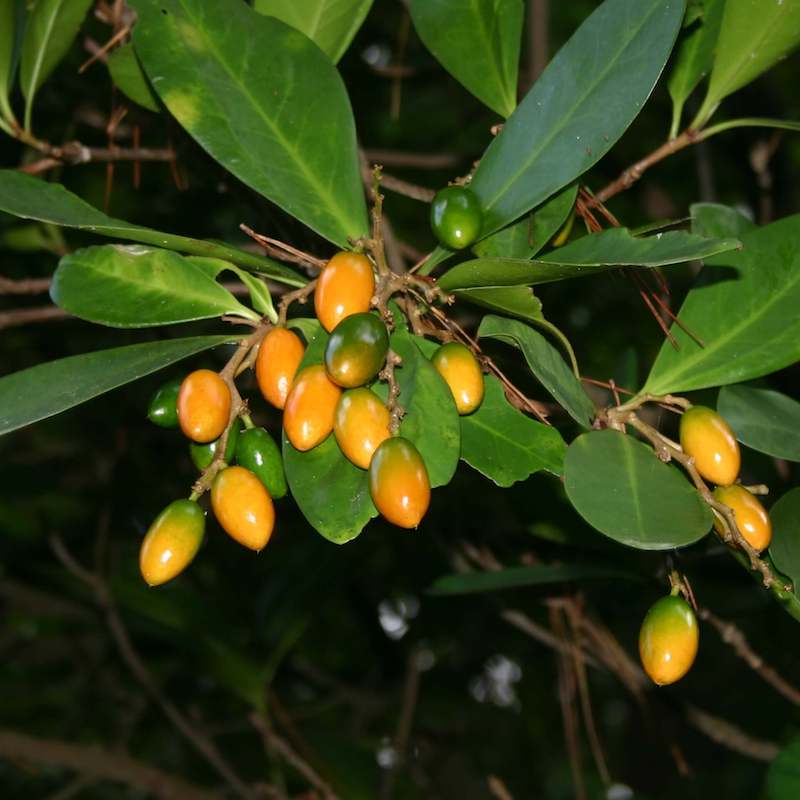 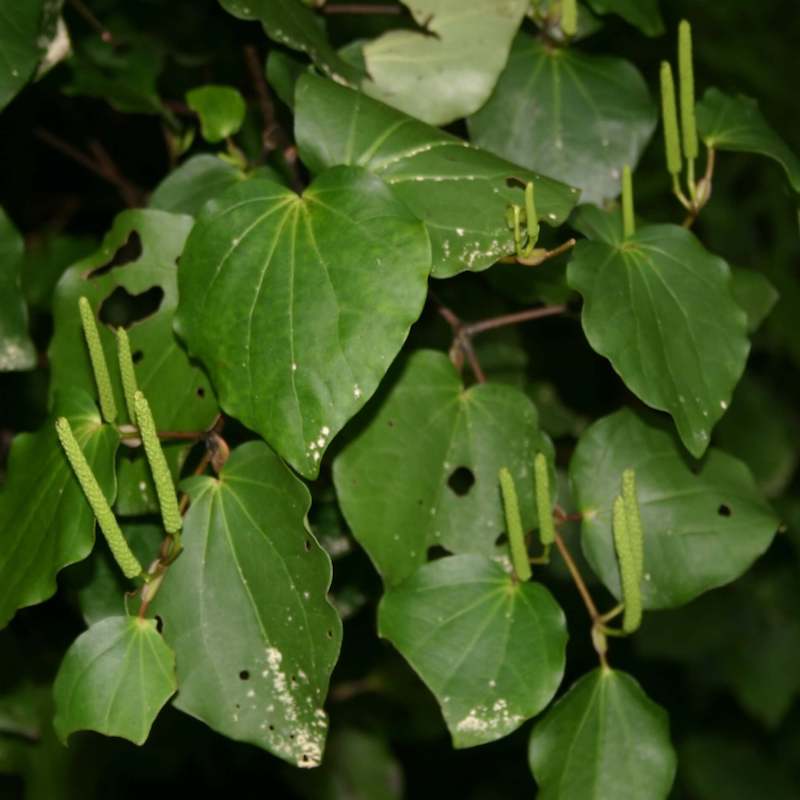 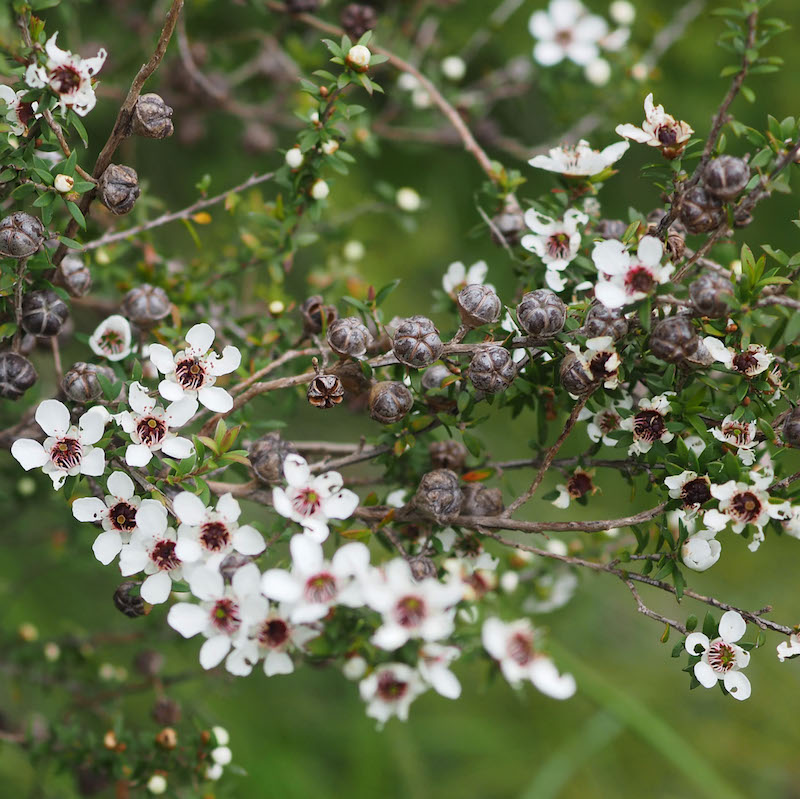 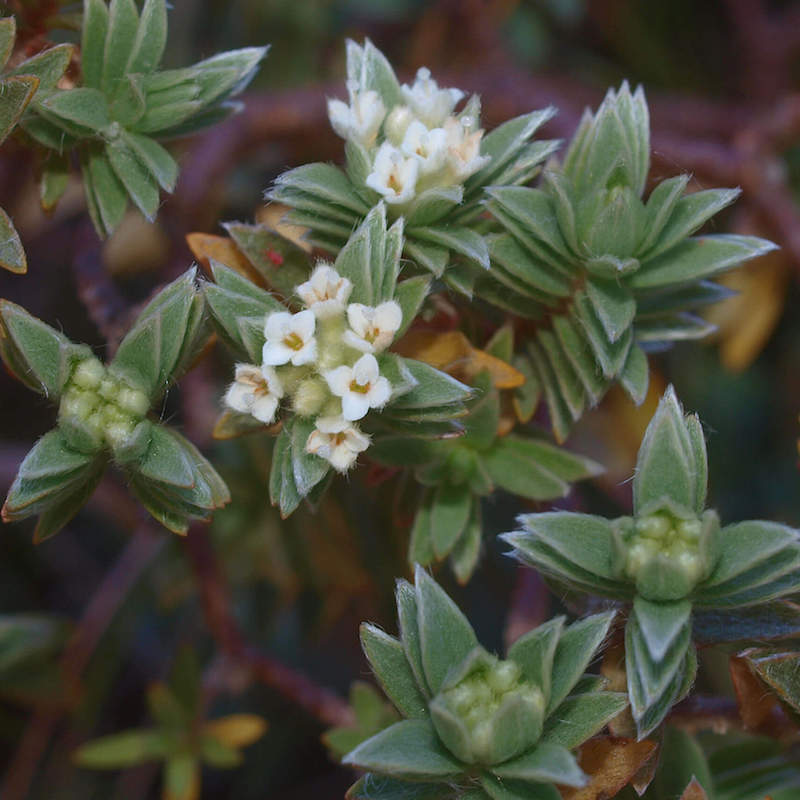 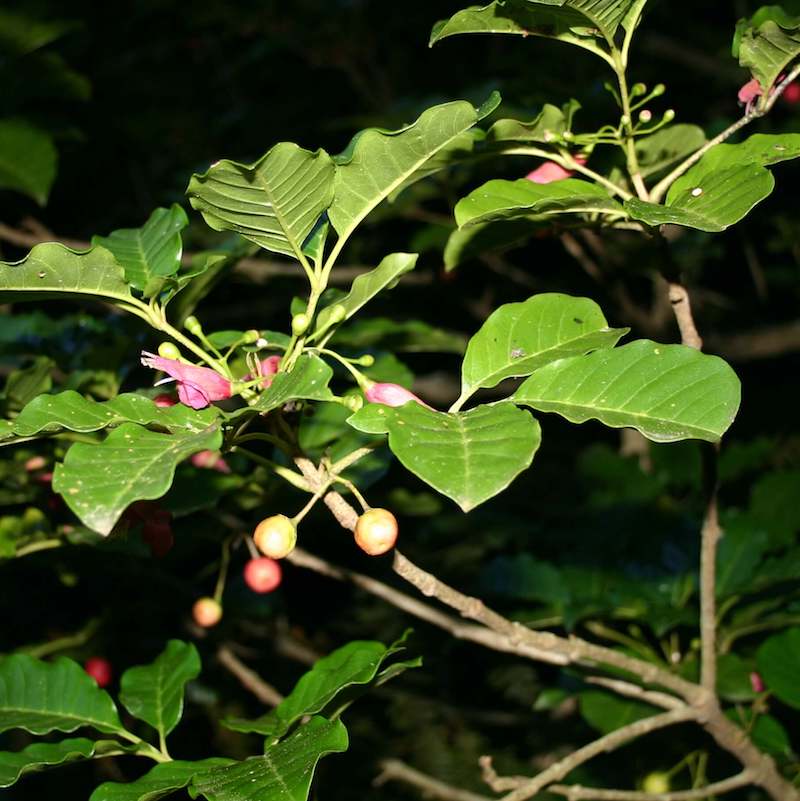 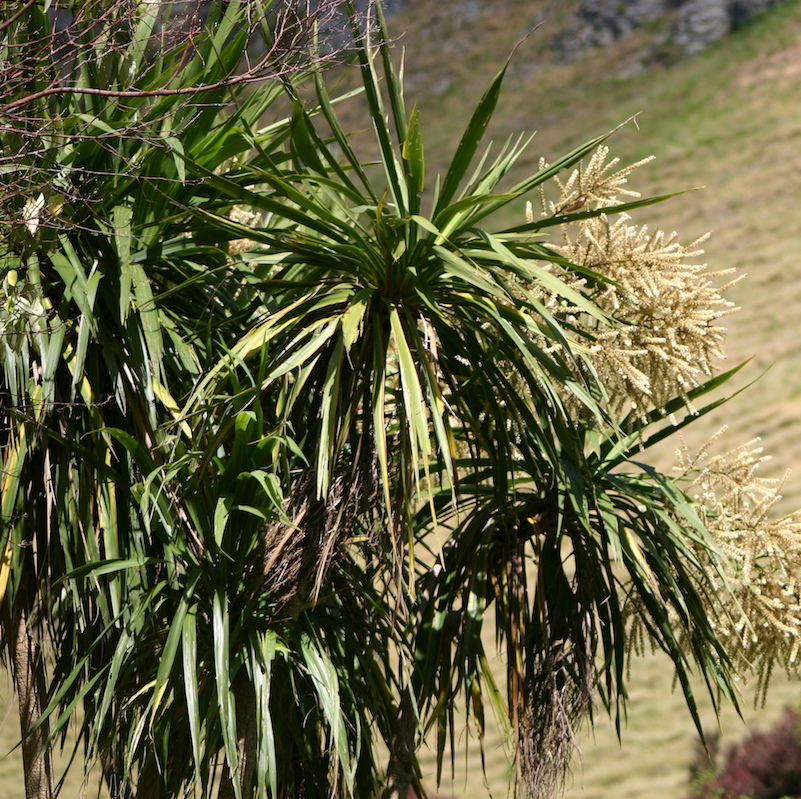 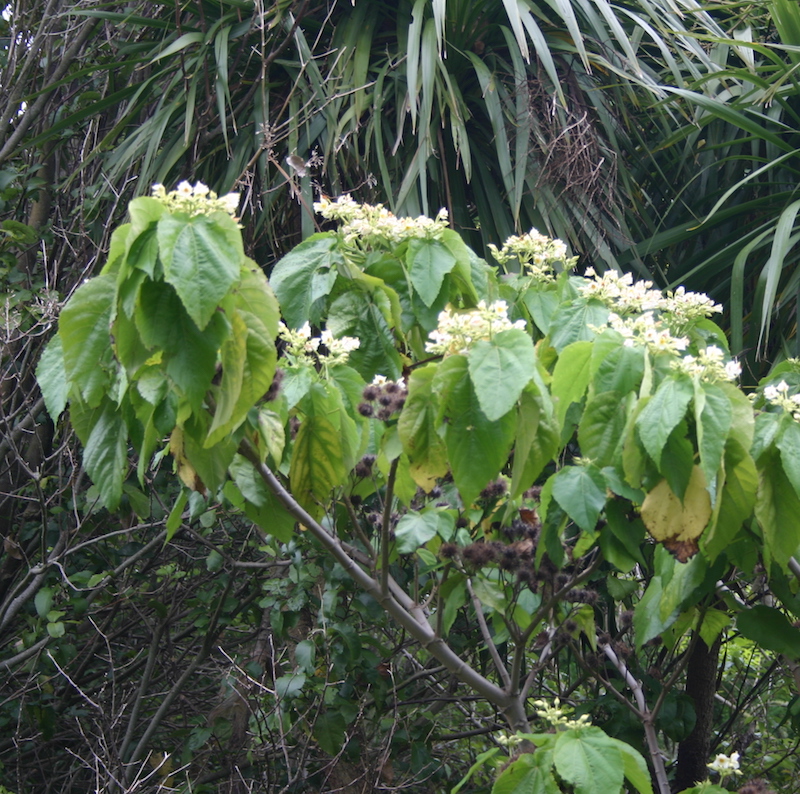